They say cats have nine lives, but my dog,...

How Do You Know When It Is Time?

Euthanasia: Making the Decision While some pets die of...

What is Veterinary Hospice?

End of Life Care Coping with the impending loss...

When You Love An Old Dog, Managing Care Can...

Whether animals can experience romantic love is unknown. But... 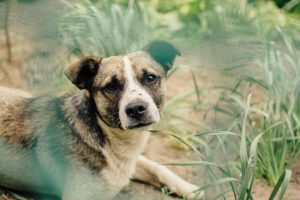 They say cats have nine lives, but my dog, Mason, seemed to have almost that many in the last two and a half years of his life. He cheated death time and again, and I believe it was largely because he had excellent end-of-life health care.

A decade ago, someone in my situation might have opted for euthanasia with the idea that it would put an end to his suffering. But the palliative and hospice care approach I took not only eased his pain but also gave him more days happily enjoying life.

The first crisis came in 2015 when he was given a prognosis of less than a year to live with a diagnosis of congestive heart failure. I followed my veterinarian’s care instructions — avoiding food with sodium, dispensing medications twice daily, making sure he had lots of rest and adequate exercise — but I was missing writing deadlines for my latest book and generally feeling awful.

One afternoon, my mother handed me a copy of Atul Gawande’s “Being Mortal: Medicine and What Matters in the End.”

By then, Mason was 12 years old and had been with me for nearly all of my adult life. I had moved several times, started a business, navigated friendships and relationships, finished graduate school, and written my first two books with him by my side. I felt a sense of responsibility that he was well cared for in his final days.

It’s no secret that pets are an integral part of many American households. According to the 2017-18 National Pet Owners Survey conducted by the American Pet Products Association, 68 percent of American households — or about 85 million families — have a pet, and 60.2 million of those households have dogs. Doggie day cares, pet spas, organic food, non-BPA toys and training programs have become commonplace. The survey found that Americans spent approximately $69.51 billion on their pets in 2017.

But we don’t spend much of it on health insurance. End-of-life care can be expensive for humans and pets, and one of the reasons Mason received such excellent care was because I had luckily purchased a pet insurance policy years earlier on the recommendation of a friend who had cared for several aging dogs.

Though relatively uncommon in the United States and Canada, pet insurance is a mainstay for many European pet owners. The first known pet insurance policy was written in Sweden in 1890 by Claes Virgin. According to Sweden’s National Veterinary Institute, nearly 80 percent of dog owners in Sweden have pet insurance.

The policy I had for Mason, which my friend suggested, was from a company called Trupanion. It covered 90 percent of his treatments, not including examinations and prescriptions. The company’s chief veterinary officer, Dr. Steve Weinrauch, was a practicing vet in England before moving to the United States with his wife, a Scottish veterinarian, and he said he noticed a marked difference in the way people approached veterinary care in Europe versus the United States. In Britain, most of the pets he saw had medical insurance and their owners readily agreed to the treatments he suggested.

In the United States, he found that pet owners who were just as caring would sometimes delay treatment or try conservative rather than proactive treatments because of cost, and then would be upset when their pet’s condition did not improve or greatly deteriorated.

It may seem extravagant to purchase pet insurance at a time when many humans can’t afford health insurance in the United States, and I didn’t openly admit to many people that I’d done so. But I was surprised to find that it covered a wide range of care, including acupuncture, fluid therapy, chemotherapy, blood work, CT scans, M.R.I.s and physical therapy — not all of which Mason needed.

“The pet is almost the same as the child to a lot of people,” said Dr. Diane Roberts, a San Francisco Bay Area veterinarian and medical director of SAGE Centers for Veterinary Specialty and Emergency Care, where Mason received treatment.
Conversations around end-of-life care, palliative care and hospice treatment have a growing place in veterinary care. For years, euthanasia after a terminal diagnosis was somewhat common, but today, according to Dr. Roberts, pet owners “keep their pets comfortable for longer. They are more willing to give meds and care than they were 20 years ago.”

According to the website of the International Association for Animal Hospice and Palliative Care, founded in 2009, “Hospice exists in the belief that patients in the last phases of life deserve this care so that they might live as fully and comfortably as possible.” For pets, hospice care mainly includes pain management and comfort care that focuses on maintaining quality of life. Hospice and palliative care can prolong a pet’s life with the option of euthanasia if it is determined to be the humane course of action.

“Being Mortal” shifted my own fears around end-of-life and death into a focus on living a good life, with lessons I applied to my own life as well as to that of my aging dog. I began to focus on comfort and quality of life rather than drastic medical interventions.

Pretty soon, we had a morning routine of going to a nearby park or beach, a treat once reserved for weekends or days off. Mason began perking up from the back seat whenever he realized we were blocks away, enthusiastically putting his paws on the center console.

And then, Mason surprised everyone. Twelve months after his diagnosis, Mason’s enlarged heart had returned to a relatively normal size, and his heart murmur, though still pronounced, was not cause for great concern. His veterinarian said Mason was one of approximately 2 percent of dogs he’d seen whose condition actually reversed and improved since diagnosis. The combination of medications he was given for heart failure — pimobendan, Lasix and enalapril — seemed to work well, and over time his dosage was reduced.

Over the next year and a half, Mason moved through heart failure, intervertebral disc disease, bladder cancer and kidney failure with awe-inspiring fortitude. Once, after a four-day hospitalization for kidney failure, the doctors wrote on his discharge papers how they had explained to me that we were likely in a hospice situation. Five days later, he was prancing at the park and begging for extra treats, leaving everyone dumbfounded.

Because of Mason’s remarkable resilience, it was hard for me to know when his time was really near. About a week before he died, he became more fragile and more resistant to leaving home, getting up only to move between dog beds or to go to the bathroom. I had read a great deal about signs that a dog is dying, but it was really Shanti Zinzi, the veterinary assistant who administered Mason’s fluid therapy, who provided the most invaluable guidance, texting and emailing and providing in-home care — all covered by pet insurance — to make sure he was resting comfortably, and I put a plan in place in case his condition worsened.

In the end, Mason died quietly and peacefully on his own at home one Wednesday afternoon. His end-of-life care reminded me of the importance of living well.
“Unfortunately,” Dr. Weinrauch said of pets, “none of them can live long enough.”
Ana Homayoun is the author of three books, most recently, “Social Media Wellness: Helping Tweens and Teens Thrive in an Unbalanced Digital World.”